Blog
TED Talks, short inspiring speeches by some of the ACCCRN program’s champions

During a set of “TED talks”, or short inspiring speeches by some of the ACCCRN program’s champions, 10 different speakers shared their stories of urban resilience. In one room a series of programmatic stories about urban resilience were explored, on the other, stories of multi-stakeholder engagement were shared.

In the latter group, participants listened to their peers sharing success stories about stakeholder collaboration approaches to resilience. This included an example of two cities from Thailand who had focused on different types of stakeholders to deliver their resilience building plans, based mainly on professional background. A flood early warning system in Semarang also applied different stakeholder engagement tactics. For example, the project strategically identified interests of government ahead of reaching out to governmental bodies. At the same time, the initiative tried to find local community leaders who they can work with to mobilize mass support.

The programmatic session in the second room featured the deep knowledge and experience of ACCCRN grantees such as ISET Viet Nam, or from newly seeded institutions such as the Urban Health and Climate Resilience Center (UHCRC) in Surat.

Dr Vikas Desai from UHCRC shared her experience of how the 1994 advent of plague radically altered outlooks in the once prosperous city of Surat. Through ACCCRN, UHCRC has become an institutional lynchpin in the city, influencing crucial departmental cooperation for disaster preparedness, and for long term health gains.

Toan from ISET Viet Nam, now studying ACCCRN’s work in Viet Nam as part of his Doctoral studies, described how city Climate Change Coordination Offices (CCCOs) set up throughout the country as a result of ACCCRN have acted in a similar way to the UHCRC, but they have had to adapt to the very specific decision making architectures of the cities of Can Tho, Da Nang, or Quy Nhon in which they have been set up.  Although Toan used to be a DRR specialist, he realized that bringing about institutional change was the only way forward, and this has been the focus of his PhD, and a reason for his shift to resilience focused thinking and research. 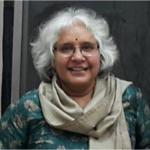 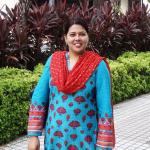 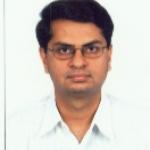