Flood Resilience Program Manager
July 25, 2017 . 4 min read
Back to previous page
<<
A picture taken as part of the filming of Amrai Pari (Together we can do it), a reality show broadcast by BBC Media Action in Bangladesh. (Picture source: BBC Media Action)
>>
VIEW ALL
1 photos
Takeaways Author: Shihan Zuberi Posted on July 25, 2017 Comments
ASIA: Bangladesh

There are few places where such extraordinary events are as commonplace as they are in Bangladesh, one of the most disaster-prone countries in the world. Extreme weather poses a real threat to millions of Bangladeshis – with low-lying geography, high population density and under-developed infrastructure making things worse, especially for the poorest.

Fortunately, Bangladeshis are highly aware that nature can turn on people and are being spurred into action. In response to environmental change, people are growing alternative crops, migrating and changing jobs. In fact, Bangladesh is sometimes described as the adaptation capital of the world – thanks in part to the many government, civil society and international interventions aimed at helping people cope with a volatile climate.

So that’s all fine, then. No problem. Nothing to see here. Move along.

Despite high levels of awareness and pockets of proactiveness, BBC Media Action’s research found that many people still weren’t doing anything in response to environmental changes. Inaction stemmed from the fact that people didn’t know what to do, didn’t think they had enough money to do anything or felt they needed help from the government to do something. This state of affairs is unlikely to stay sustainable if the environmental situation becomes increasingly unforgiving.

So, we set out to support those most affected by extreme weather to respond to these challenges themselves. Our reality TV show, Amrai Pari (Together we can do it), aimed to give people the information they needed to take action. It built on Bangladeshis’ strong community and family ties by sparking discussion to raise awareness of challenges, building networks to share information and showcasing good practice to inspire people to act.

We knew that most Bangladeshis watch TV regularly, so that was our primary channel for reaching them. We also worked with the well-developed volunteer networks of the Red Crescent Society and our NGO partners to engage people face-to-face. And – with Dhaka now the world’s second most active city on Facebook – we used social media to provide fun and lively content, specifically designed for young urbanites.

Aiming to go beyond the abstract, scientific and political angles that sometimes dominate media coverage of changes in climate, our focus was on helping people find affordable, achievable solutions to everyday challenges around extreme weather. But producing that content wasn’t easy.

How exactly do you help ordinary people cope with extreme weather?

Rising to this challenge meant moving away from the abstract concepts of ‘climate change’ and ‘global warming’ and talking more specifically about how changes in fluctuating temperatures and rainfall were affecting people’s ability to earn money, keep healthy or produce crops.
It meant fully understanding people’s attitudes, beliefs and needs to get to the heart of what was stopping them from taking action and what could help them overcome their inertia.

It meant making a show that would motivate people to change their behaviour through an engaging, entertaining and culturally relevant format.
It also meant working with Bangladesh’s many experts in this area, like Dr. Saleemul Huq, Director of the country’s International Centre for Climate Change and Development, as well as practitioners on the ground to ensure that our work drew on proven, replicable solutions and reinforced – rather than contradicted – the prevailing advice on how to adapt to changes in climate.

And, crucially, it meant constantly listening to what ordinary people had to say. We heard about the grassroots innovations they were already trying and gathered feedback on episodes of Amrai Pari, continually adapting and reworking the show as we learned more.

Frankly, we were astonished by how well Amrai Pari did. We reached 7.5 million people in its last year alone, nearly half of whom said they – after watching the programme – had done something new like storing food, learning a new skill or diversifying the crops they grew. Regular viewers were especially likely to get inspired.

The extent of people’s self-belief – that they themselves could tackle environmental challenges – was one of the two most important factors in whether they’d actually respond, along with how at risk they felt.

But what exactly was it was about Amrai Pari that moved people to action? First, it increased people’s awareness of the specific risks they personally faced. Second, we helped make people feel less dependent on the government to solve their problems.

And it’s not over yet. Across the country, our partners are still projecting Amrai Pari onto screens in villages and sharing episodes on mobiles in slums, in order to lead practical, engaging discussions with the communities most affected by changing weather patterns. Currently at over 160,000 likes, the project’s Facebook presence continues to grow as more and more Bangladeshis get connected, particularly in smaller cities and semi-urban areas.

Nobody better understands the challenges caused by extreme weather than those experiencing it  firsthand. Learning from the most affected and helping them respond is more important than it has ever been. Our experience shows that well-designed media and communication programmes, produced and shared in partnership with NGOs, local broadcasters and others can be a key part of the solution. 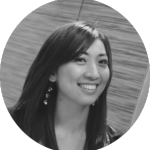