At the end of the day, the participants of ACCCRN Learning Forum joined the site visit to the Semarang ACCCRN Programs. One group went to visit the Flood Early Warning System (FEWS) project in Wonosari Sub-district. The other group went to the program called Actions Changing The Incidence Vector Borne Endemic Disease (ACTIVE) for dengue fever prevention.

The FEWS site visit group was guided by the KSB (Disaster Preparedness Group) to learn how the community in Wonosari, which is located in the River Beringin basin, has been preparing for upcoming floods. The River Beringin basin causes flash floods in 7 sub-districts, including Wonosari, where the duration of flash floods is between 30 minutes and 2 hours, depending on the intensity of the rain.

Tools used for the FEWS are automatic and manual instruments. There are the Automatic Rainfall Recorder (ARR) and Automatic Water Level Recorder (AWRL) which both work automatically. Maintenance and monitoring of the early warning information produced by these tools are the responsibility of the Water Resource Management Agency. Another tool is the Water Level Board which is installed manually and mainly used by the Disaster Preparedness Group.

The flow of early warning communication about floods in the River Beringin basin consists of various tool components and personnel who are responsible for providing effective warnings. Utilization of existing communication tools such as kentongan (bamboo slit drum), mosque/musholla loudspeakers, and mobile phones are still reliable for giving information to people affected by flood.

The KBS itself consists of a volunteer community that is active in disaster management at the local level. They are trained to have the ability to recognize the threat in their area, also to organize human resources and increase their capacity to reduce disaster risk. 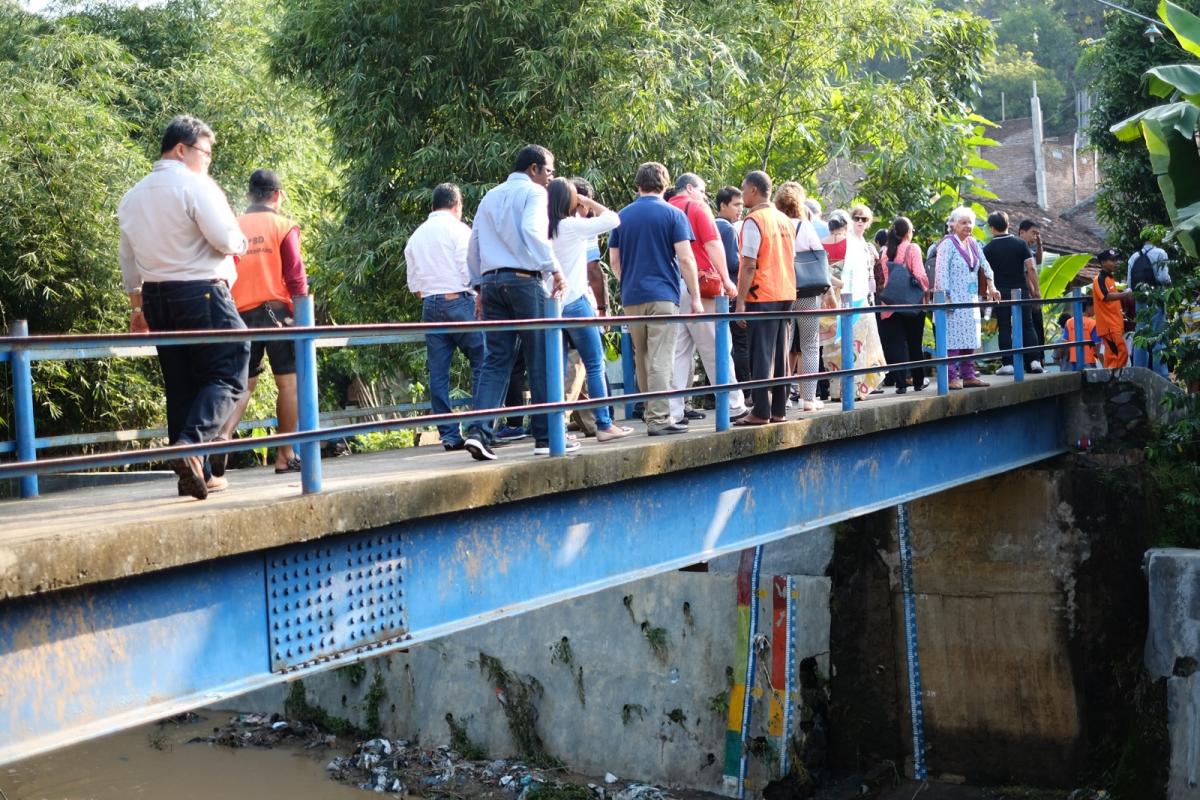 The participants visiting the water level board in the Beringin River. Photo credit: Mercy Corps Indonesia

The ACTIVE site visit group were told about the background story of dengue fever cases in Kalipancur Sub-district, and also about the needs of community and school participation in controlling dengue cases.

Semarang has a history of having the highest number of dengue in Central Java (2008 to 2012). In 2013, there were 2,364 cases with 27 fatalities. Therefore, Mercy Corps Indonesia, through the ACCCRN program and in collaboration with Semarang City Team, are tackling dengue hemorrhagic fever (DHF) which has been exacerbated by climate change. The ACTIVE program attempts to create collaboration between stakeholders among citizens, schools, and government to jointly increase the city resilience to reduce the risk of DHF.

To support the field implementation, the Health Information Early Warning System (HIEWS), an online application to allow participatory reporting for dengue cases, is now in place. And also the ACTIVE program builds the capacity in communities and schools for DHF disease control and prevention. Training of Trainers has been given to 33 local officials including the health survey officer, sanitarian officer, and epidemiological officer.

In addition to the neighborhood residents, ACTIVE has also conducted activities in primary schools. The 33 people who participated in the Training of Trainers included teachers (especially the science subject teachers), school health unit officers in health centers, and staff at the health and education offices in Semarang. The trainer then provided school-based dengue control training to 193 student doctors in 19 schools. 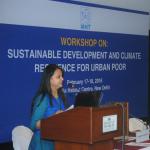