Have you ever imagined living without the internet? It’s astonishing how the internet has developed so very quickly in recent years. The market research firm eMarketer has said that internet users will represent 46.8 per cent of the global population and mobile phones will be the primary device for Internet access, used by 2.73 billion people. However, in the midst of this digital rapid growth, there are several countries where internet is a scarce thing.

Those countries have a user penetration rate of less than 20 per cent. This means that fewer than one in five of their residents can access the internet which is caused by a lack of infrastructure. Most of these countries are located in Africa and some parts of Asia. Seeing this phenomenon, Laura Hosman an Assistant Professor at the Arizona State University started the SolarSPELL project in May 2015.

“I’m interested in observing what happens when technology is introduced to places where it hasn’t been used before, and attempting to gain insight into how to use it in a meaningful manner,” said Laura.

SolarSPELL is an abbreviation of Solar Powered Educational Learning Library. It is a ruggedized, portable solar-powered digital library designed to work in schools and communities that may lack electricity or Internet connectivity. Although it remains offline, the library’s website mimics an online experience and develops internet-ready skills among first-time or novice users of the World Wide Web. 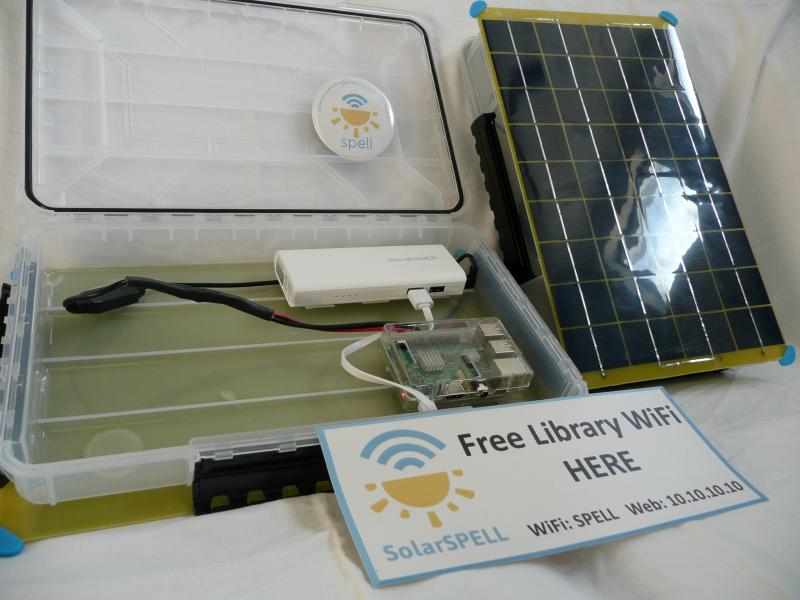 How does it work? The library emits a WiFi hotspot that any WiFi-enabled device such as a smartphone, tablet, or laptop can connect to and then be used to surf the library’s content (in mp4 and PDF formats) for free. The library’s content itself consists of diverse materials, ranging from the sciences and arts to local topics. Accompanied by localized examples and context, student finds it easier to learn about climate change risks and impacts. In Vanuatu in the Pacific Ocean the material is tailored to talk about cyclones because the area is very prone to them. Students on Pacific islands can even learn about agriculture and food through the SolarSPELL library.

“We currently have 200 SolarSPELL digital libraries in the field, across four Pacific Island nations Tonga, Samoa, Vanuatu, and the Federated States of Micronesia.” Laura also said that since 2015, SolarSPELL has been working mainly with the US Peace Corps and its volunteers, who spend two years serving local communities, as either teachers or health care volunteers. 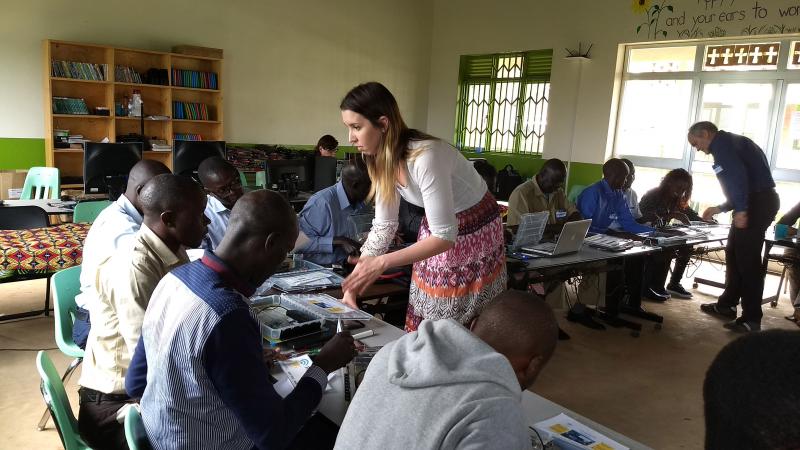 At the beginning of 2018, the team introduced SolarSPELL to schools in Rwanda and South Sudan. The SolarSPELL team facilitates training workshops with teachers from these schools. “We are also working with the University of Puerto Rico to bring SolarSPELL to areas in Puerto Rico that sustained significant damage from Hurricane Maria in September 2017 and are still without power or Internet connectivity,” she added.

Laura started the SolarSPELL project after she witnessed many teachers in several countries often being told to incorporate technology into teaching, without training or support. She then began to develop technology that will be relevant, easy-to-use, and could be solar powered. She believes that by providing a library with educational materials and complementing this with hands-on training about how to use it, we believe we are making progress in promoting information literacy.

Although SolarSPELL do curate content in local languages, Laura talked about the difficulty in doing it. “Often there just isn’t digitized content that exists in the local languages. In no small part because we’re working to bring this offline library to places where the Internet isn’t yet readily available,” she said.

Laura found it interesting that in most places, SolarSPELL has been asked to provide content in English, and English Language Learning (ELL) or English as a Second Language (ESL) content. “We believe that development of local language content, in digital form, will take time, because the digital skills of the locals will need to be built in order for them to be creating or translating content into their local language, digitally.”

Besides funding issues, she said it’s quite challenging to ensure that their work and content meet partners’ needs. The SolarSPELL team planned to continue working with the US Peace Corps, whose volunteers are currently working in communities across 60 countries around the world. She also continues looking for appropriate partners in other locations where the lack of electricity and Internet connectivity have prevented access to educational materials.

“We aim to scale up in a sustainable manner, adding value locally wherever we go.” she concluded.