Blog
Are we including our human carbon credits?

Several studies have, time and again, pointed out that roughly 50% of the municipal waste generated in developing countries is organic in nature!

In the absence of segregation of waste, it is often dumped in open dumpyards and scientifically unsound landfills which give rise to serious environmental concerns. Methane released from the mixed waste dumped at landfill sites and open dumpyards is one of the causes of global warming.

The situation is no different in India.

One of the leading national dailies reported that the capital city—New Delhi which produces 9,000 metric tonnes of garbage every day—needs an additional land area of 1,500 acres for the treatment and disposal of waste.

The city currently has four landfill sites, three of which operate beyond capacity where the garbage dumped exceeds the permissible height of 15-20 m. The height of garbage dumped in one of these sites has touched 48.5 m. Interestingly, add 25m to it and that’s the height of a popular archaeological monument called Qutub Minar.

According to estimates, the informal waste sector comprised of ragpickers offset around 1,200-1,500 tonnes of waste every day from the landfill, thanks to their recycling activities.

Unfortunately, this section of the society often operates in dismal health conditions with no safeguards in place for their livelihoods.

Until recently, they were not even recognized by any policy on waste management. This is beginning to change with the revised national level Municipal Solid Waste Management Rules 2016 now recognizing them as part of the waste management system.

In order to celebrate this inclusion, the Alliance of Indian Wastepickers, a national network of 35 organisations in 22 Indian cities, organized an event called ‘Waste Narratives’ in June.

The event amplified the voices of wastepickers from different Indian states and reiterated their demands for inclusion. Some of these demands include: registration of waste collectors and provision of an identity card that authorises him/her to collect, retain or sell waste. They also demanded the provision of waste segregation centres in every neighbourhood along with the provision of capital and infrastructure for processing enterprises of wastepickers and a ban on incinerators.

When we speak about a resilient city, we often say that the goal is to develop systems that have an ability to absorb shocks and stresses.

However, what often gets skipped are the shocks and stresses faced by certain sections of the communities. The growing menace of waste poses threats to several cities. It is therefore important to hear voices from the informal sector, those people  who work day in and day out as our ‘human carbon credits’ for cleaning up our unsegregated mess!

Probably then we can truly say that we adopt inclusive approaches of building resilient cities, where resilience is both social and environmental. 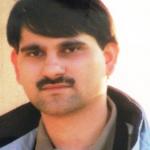 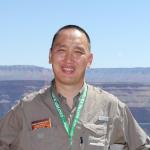