On 13 April 2017, students of Urban and Regional Planning Department, Diponegoro University invited several stakeholder groups to join a Focus Group Discussion being held in their campus building. Representatives from Semarang City Government, District and Sub-district officials, neighborhood leaders, and community groups were invited to the discussion. The idea was for the students to share the findings and initial design concept with the forum and receive inputs or feedback from the participants.

As mentioned in another article, the 3rd year students of the Urban and Regional Planning Department are taking studio class for urban design and development with a focus on waterfront settlement in Semarang City. They are exploring Banjir Kanal Timur (East Flood Canal) to develop a design plan for a sustainable riverfront settlement there.

Since February 2017, under the guidance of the lecturers, they have conducted field observations and surveys to identify the potential and problems at the location. Based on the findings, they have developed an initial draft of a design plan and development concept. 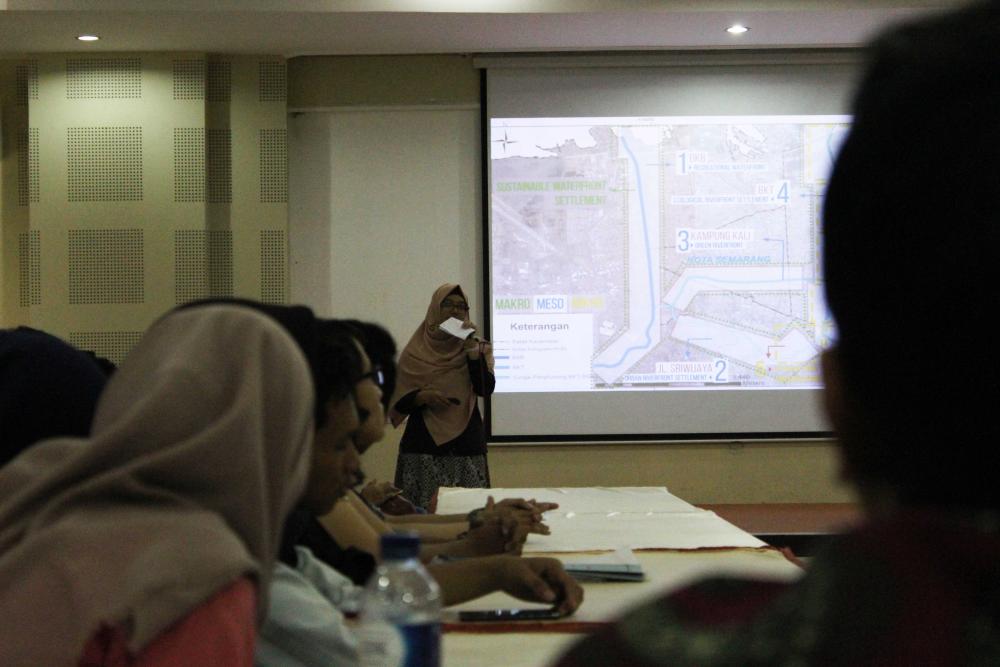 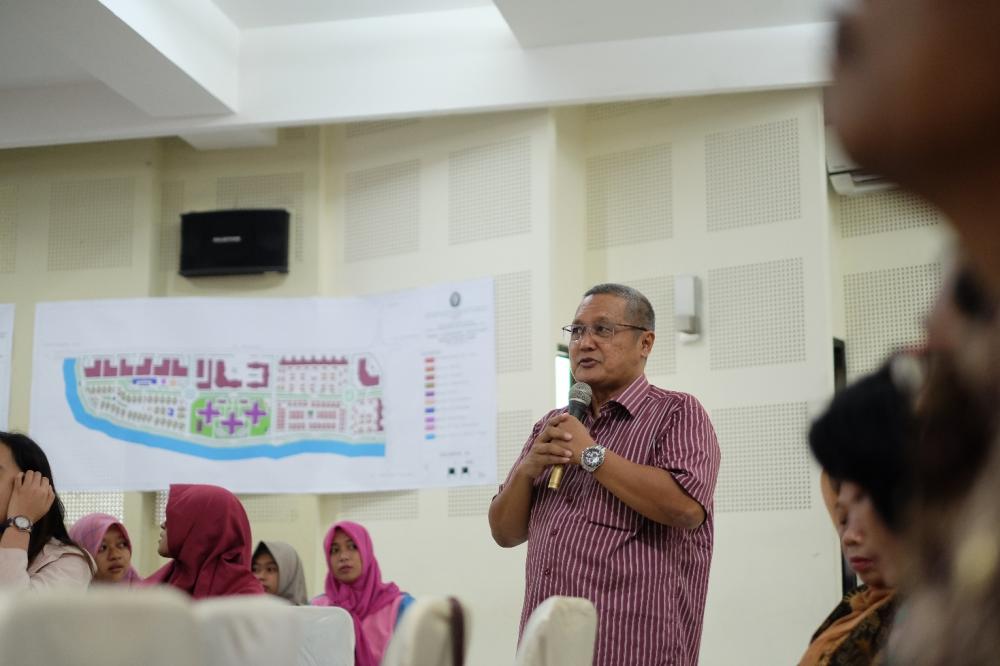 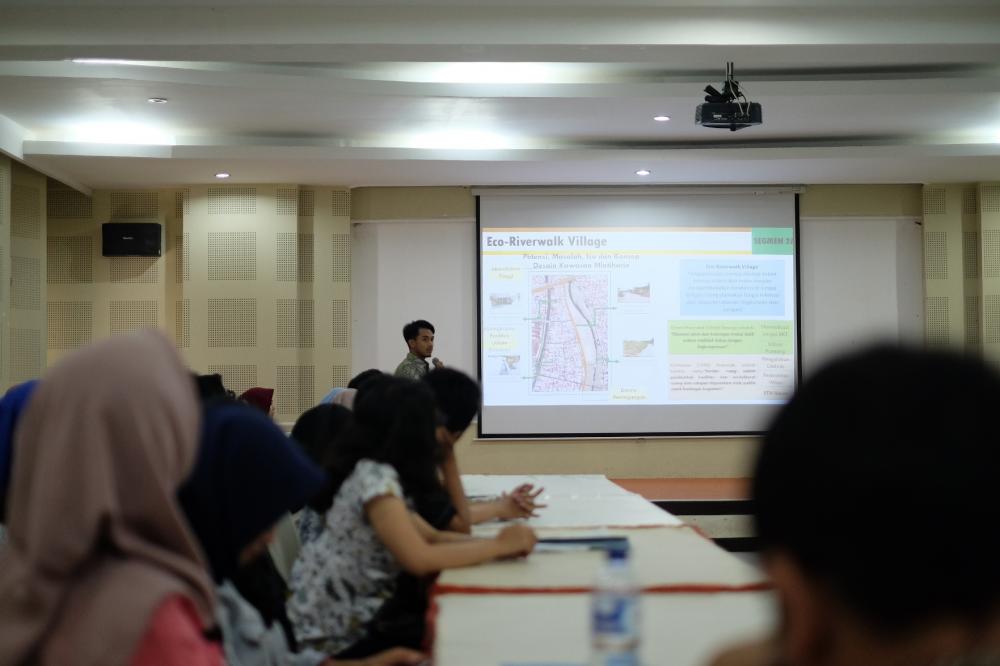 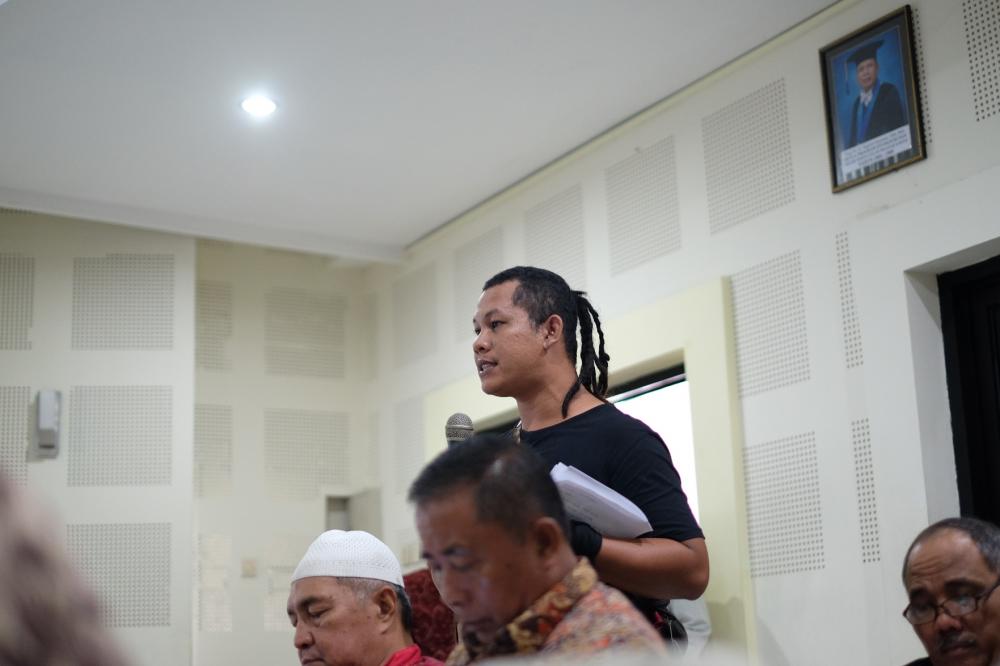 To promote value of inclusiveness, which also aligns with the values that ACCCRN promotes, the students presented their draft to the public represented by community leaders and government representatives. This also helped the students to be more responsible about their work since it was not only for their internal consumption, but was also showcased for an external audience in this way.

“The studio activity is used by students as a practical opportunity to experience professional planning practice. They have to consider, not only the design and planning, but also the development management, the stakeholders that will be involved in the coordination, the funding resource, and other considerations in planning.” said Hadi Wahyono, Head of the Urban and Regional Planning Department, Diponegoro University.

“Although it’s a study and practice done by students, we hope that the ideas can be used as references and inputs for government’s planning for Banjir Kanal Timur development,” He added.

Divided into ten student groups, each group presented its findings and concept design to the FGD forum. The problems and solutions varied depending on the details of the area each group was working on.

Overall, the problem identified in Banjir Kanal Timur area was river sedimentation which has been causing bigger risk of overflowing water leading to flooding in the area. As a settlement area, the situation was also worsening due to problems ranging from ecology, infrastructure, and the economy, to cultural habits.

Naturally, land subsidence and river erosion have been happening in the area, but the excessive usage of groundwater was also exacerbating the situation. Low-income community with poor living condition also built their houses on the riverbank area creating slums and attracting squatters in several spots along the river. This was also causing the problem of waste disposal into the river which needs to be considered more seriously not only in the downstream area where the garbage is piling up, but also in the upstream area which contributes to the problem but without directly experiencing the impact.  The issue of drainage management is very important in this case to make sure the water flows well to avoid flood in settlement area.

Having a good accessibility in the city, Banjir Kanal Timur has the potential to be an integrated area with the main functions of settlement and trade and service activity, with distinct characteristics as a riverfront area. The big idea is to make Banjir Kanal Timur a sustainable waterfront settlement, to fulfill the needs of the present community without causing problems or bigger risks for the future generation. The concept is to combine economy, ecology, and equity values. Through the concept, they are concentrating on a design plan that promotes entrepreneurship, job creation, disaster risk management, and resource efficiency.

In more detail, some of programs suggested by the students included river normalization, waste management improvement, creating more catchment area through having more green open spaces, initiating urban gardening or urban farming activity, and also making the best use of the blue space, which is the river itself. The idea was also to have better zoning and arrangement of housing and trade and service activities, and to integrate it them with recreational activity.

Budi Prakosa from Semarang City Development Planning Agency (Bappeda), expressed his appreciation for the students’ work, “The problem in Banjir Kanal Timur (BKT) is indeed one of main considerations in Semarang right now. Of course we don’t want a situation where we have organized the area according to the planning but floods are still occurring and damaging the settlement there.”

Other inputs and feedback came from neighborhood officials, community leaders, and other participants.

Hysteria, a Community Service Organization (CS0) in Semarang, emphasized the community development element that should be considered more in the planning. So far, the physical considerations have been addressed in the initial concept made by the students, but it can be strengthened by programs to support human interaction, social value, and human resource development.