The environmental planning studio began by studying the various parameters or indicators that are talked about when working on resilient cities and climate change. These indicators were food security, waste management, transport, city master planning, water management, energy supply, and disaster responses. Exploring these indicators further, the studio project focused on city planning and infrastructure as the key indicators that needed intervention. Resilient cities across the world have primarily looked at infrastructure, water management and disaster management as key areas of intervention; however, the environmental planning studio felt there was need to look at urban morphology and its built form affect on climate change and how cities can adapt and create better built spaces for resilience.

Jaipur is considered to be one of the first planned cities in India with its rich heritage and built morphology. The study of Jaipur city involves an extensive study of the built environment in the old walled city of Jaipur. This was done primarily to understand the performance of the precedent with respect to climate responsive architecture and its adaptability to the contemporary context today. After studying the old city and gathering inferences of what works in that area and what doesn’t, the study will then focus on generating scenarios for the developing peri-urban areas of Jaipur which today have resemblance or connection with the climate responsive design of the old city. 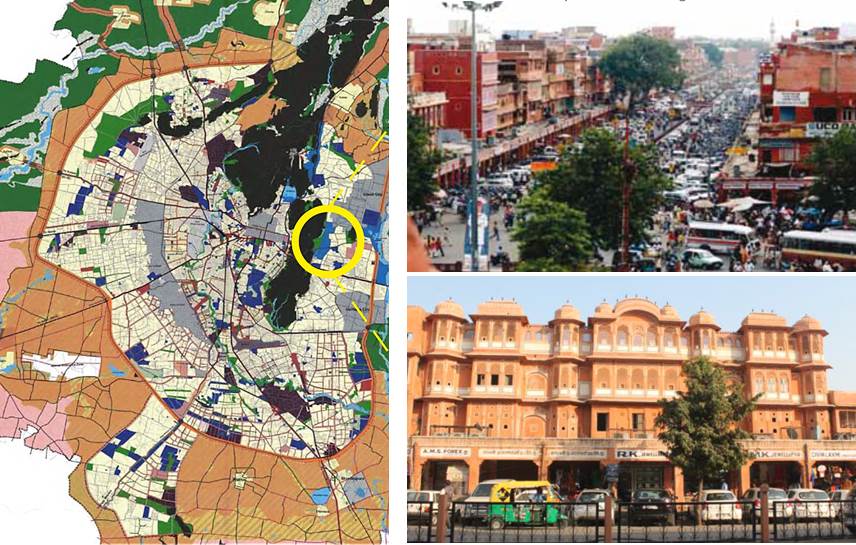 The most important influence of climate change on urban morphology is its impact on the ambient temperature which further gives rise to the urban heat island effect on these dense areas of settlement. Heat waves, hot loo (winds), high temperatures, unexpected rainfall, lack of adequate protection from the sun, are all identified as the urban shocks and stresses for Jaipur with respect to its built form.

Jaipur has recently published its vision and development plan for 2025 wherein the Jaipur Development Authority has laid down certain projections and development goals to be achieved in its peri-urban areas. Taking this document as a base, the studio looks at these projections and the existing built form fabric of the fringe areas to project and highlight how this development of the peri-urban areas can be guided to be developed in a climate responsive manner encompassing the entire city boundary.

Students have selected different approaches to develop scenarios for how the peri-urban area of Pratap Nagar (Sector 16 to 19) could respond to climate change with a focus on an environmentally sound urban built form.  The area selected for the study in the old city is a commercial street running parallel to the City Palace, which is predominantly of a mixed land use and the internal streets of the Chand Pol Colony and Film Colony. The selected streets of two major streets and the internal streets, both in the east-west and north-south orientation, were analyzed to understand the built form with respect to climate parameters like temperature, humidity wind flow and materials. The new development chosen was Pratap Nagar which is one of the largest upcoming residential developments in the fringe areas. It is located adjacent to the Sitapur Industrial area and is 8 km away from Jaipur International Airport. 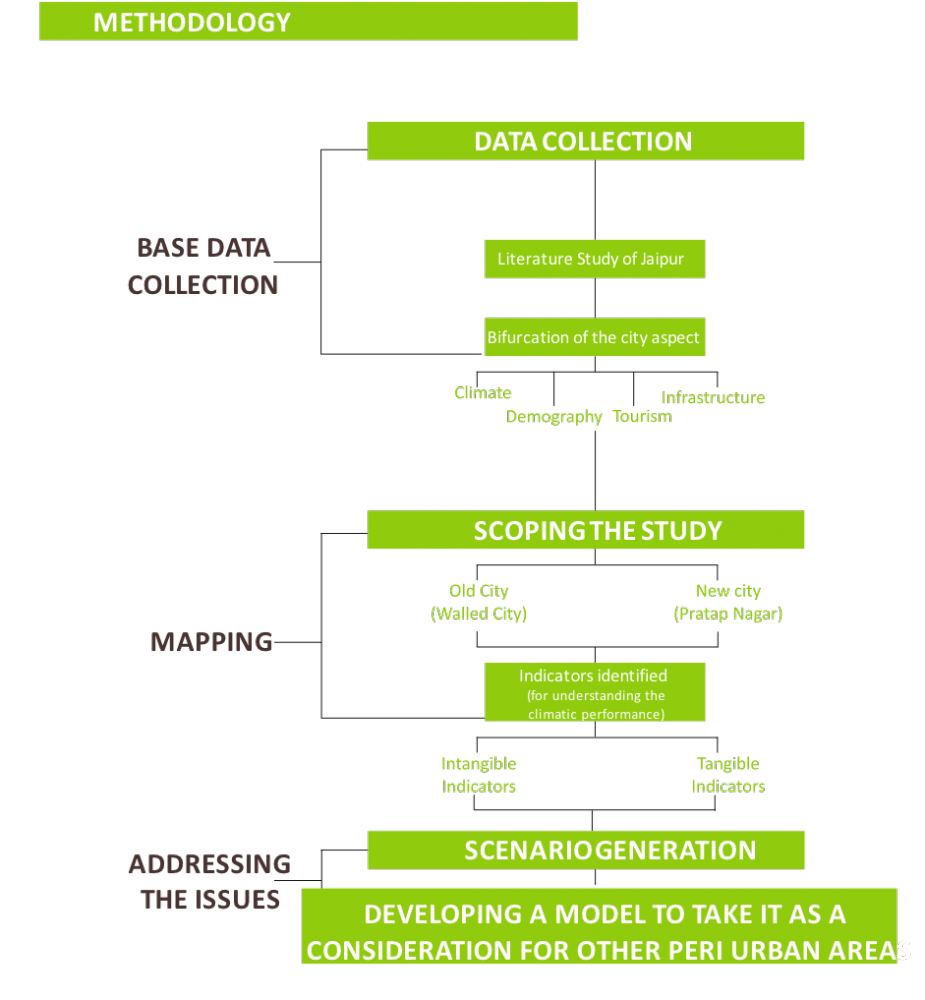 Through the Youth Program from ACCCRN Regional Network, the knowledge creation activities and lessons learned will be disseminated to the network of UCCR practitioners. Urban planning is very important in shaping the future. The effort to build resilience is also coming from building the human resources that will hold the key to future development. Therefore, ACCCRN is committed to supporting the youth in learning the concept of urban climate change resilience in the context of their study.